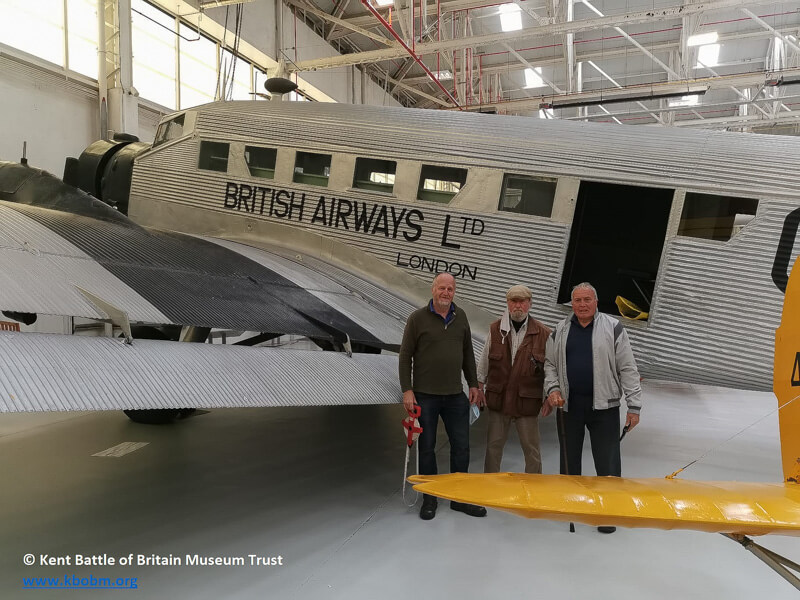 On 1st November 2022, the Trustees and Volunteers at the Kent Battle of Britain Museum Trust at Hawkinge were very excited and pleased to announce the acquisition of a C.A.S.A. 352L (Junkers Ju 52/3M) to the ever-expanding collection of airframes at the Museum.

The C.A.S.A. 352L had been acquired from the RAF Museum where it has been on display at their RAF Museum Midlands Site at Cosford for around the last thirty to forty years. This airframe was put up for transfer by the RAF Museum in 2021 and after a bidding process and due diligence, the Volunteers are very pleased and proud to announce that we came up with the successful bid for this aircraft.

The Volunteers are in the latter stages of arranging the relocation of the C.A.S.A. 352L l to its new home at Hawkinge, which should see it arriving shortly after the Museum closes for the winter on Sunday 13th November 2022.

We thought you would all like to see the colour scheme that the Junkers Ju 52/3M (C.A.S.A. 352L) will be resprayed into, once her existing external paint has been fully striped back to bare metal and the airframe repaired, prior to priming and painting. 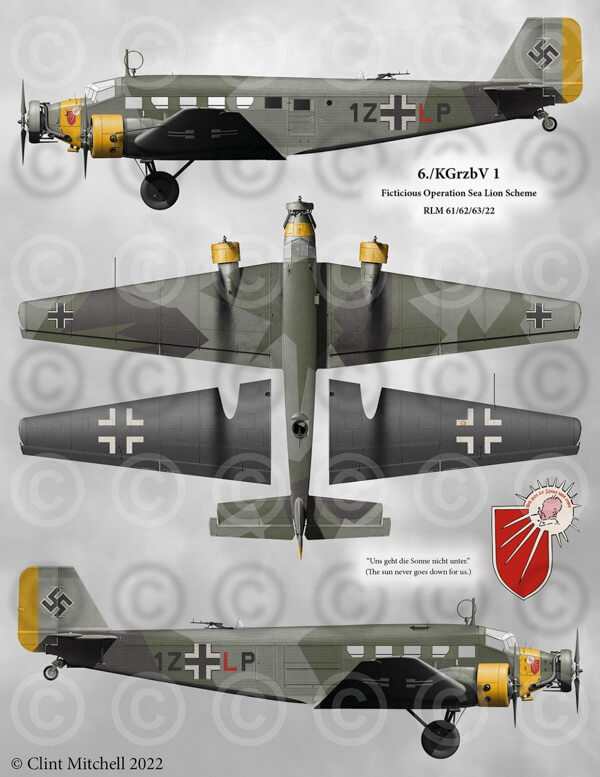 The colour scheme has been created by Museum Volunteer, Clint Mitchell, and although fictitious, it is believed to closely represent an aircraft of 6./KGzbV1, one of the units that would have spearheaded Operation Sea Lion, the planned invasion of Great Britain by Nazis Germany. The text on the emblem states: ‘Uns geht die Sonne nicht unter’, which in English translates to something along the lines of ‘The sun doesn’t go down for us.’

Although no Transport Units had undergone any preparation for the planned Operation Sea Lion, it is recorded that KGzbV1 and KGzbV2 were planned to move to France, should the invasion become a real possibility.

The Trustees and Volunteers are also very excited to announce that the internal fuselage will be turned into our brand-new Education Facility. This will be made available for visiting schools, colleges, and groups from April 2023 and where they can be taught about the Battle of Britain and the possibility of Operation Sealion. We have already had an enquiry from the Commonwealth War Graves Commission to see if they can use it for education purposes as well!. 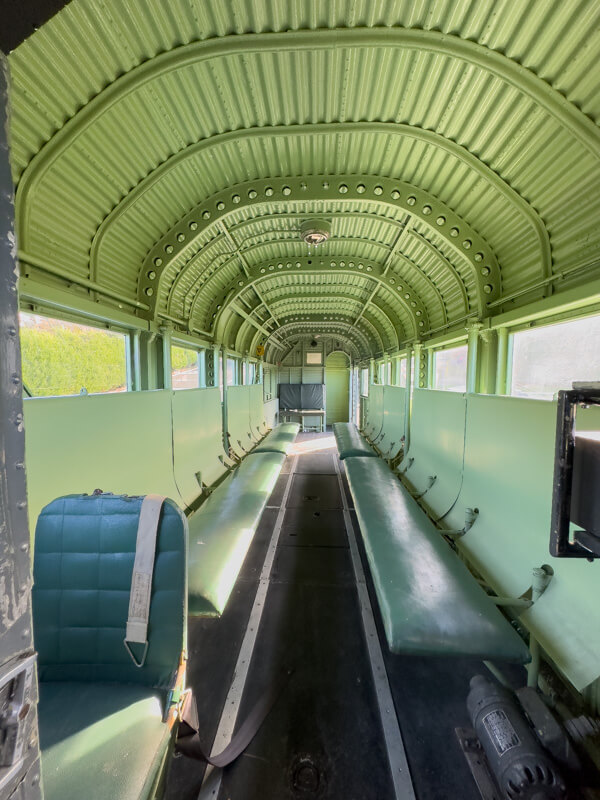 The Junkers Ju52/3m was in its time, rivalled only by the Douglas Dakota as a transport aircraft. It was used by the airlines of thirty countries and several Air Forces. A few examples still fly today with pleasure flight operators.

The Ju52 was the last in a series of corrugated metal-skinned Junkers aircraft. The first aircraft, fitted with a single engine, flew in October 1930. The first three-engined version, the Ju52/3m, flew in April 1932. Orders for this robust aircraft, which could carry 17 passengers or 18 troops, soon started in, including an order for three from pre-war British Airways.

By 1934 the newly-formed Luftwaffe was flying bomber-transport Ju52 and the type was soon in action with the Luftwaffe’s Condor Legion, which fought on the Nationalist side in the Spanish Civil War. In August 1936 Ju52s carried out what was then the biggest air-transportation operation ever mounted, carrying 14,000 of General Franco’s troops from Morocco to Spain.

The the Second World War the Ju52 became the Luftwaffe’s standard workhorse and was know affectionally as ‘Tante Ju’ (Auntie Ju). Flown mainly as a transport, it also fulfilled air-ambulance and, more unusually, mine-clearance roles. For the later, known as Minensuch and fitted with a 14 m (46 ft) diameter current-carrying degaussing ring under the airframe which could be energised by a motor to create a magnetic field that triggered submerged magnetic sea-mines.

After WWII it was built under licence by Construcciones Aeronáuticas SA who continued their production as the CASA 352 and 352L for use by the Spanish Air Force.